The tradition of a unique flavour: best practices and great ingredients

It is the 100% Czech technological procedures and quality of ingredients that make Czech beer so unique. They result in a richer colour, a full flavour, an intense bitterness and a distinctive hoppy aroma.

We are the proud bearers of the EU Protected Geographical Indication (PGI) Czech Beer, the purpose of which is to protect the traditional Czech brewing industry and preserve its good reputation at home and abroad. This indication may only be used by beer brewed in the Czech Republic using traditional methods and the prescribed Czech ingredients.

Our brewer brews beer using three basic ingredients: Czech barley malt, Žatec hops and high-quality water. Hops are granulated by crushing the hop cones immediately after harvest with no contact with the air. This retains their intense bitterness and unique aroma and does not involve any chemical treatment to prevent mould. For the fermentation process we use special strains of brewer’s yeasts and ensure that the original recipes are followed. We do not use malt substitutes such as sugar or enzymes, or any chemical preparations to stabilize the foam. 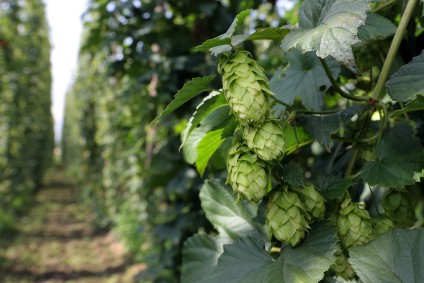 Beer is brewed in three phases: malting the barley, preparing the hopped wort and fermentation. The malt is produced in a process of controlled steeping, germination and drying. During steeping the water content in the grains increases, creating the right conditions for them to germinate. This takes place in Saladin boxes – large air-conditioned concrete vats with machinery to keep turning the germinating grains over. The germinated barley (known as green malt) is then dried in a heated device called a malt kiln.

The second phase of production, preparing the hopped wort, is based on the mashing process. During this phase the sugary ingredients of the malt are transformed into what is known as wort. After being separated from the rest of the grist (dregs), this is boiled with the hops. During the hop-boiling process the hot substances from the hops form a solution, creating hopped wort, from which the hops and sediment residues are removed while it is still hot. The concentration of the hopped wort extract determines the degree of the beer, and therefore its alcohol content.

The hopped wort is pumped into a whirlpool, at the bottom of which the fine sediments settle, after which the wort stands and cools to 6-7 °C. Fermentation using our own yeast culture then takes place in metal cylindrical-conical tanks(CCT) in two separate phases – fermentation and maturing. During fermentation the yeasts transform part of the hopped wort to alcohol and carbon dioxide. Computers make it easier for the brewers to manage the entire process. Filtration then removes any residue yeasts. After this, the beer is decanted into transport containers – tankers, kegs, bottles and cans. 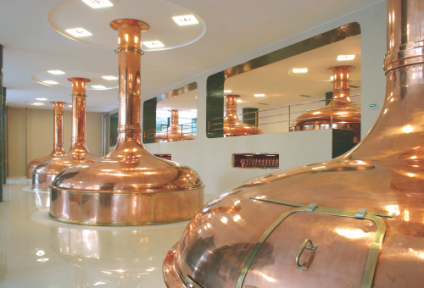 Transport and storage are also important in preserving the beer’s quality and flavour. Handling barrels incorrectly can not only damage them, but most of all can actually impair the beer. We have more than 20 distribution centres all over the Czech Republic from which beer is dispatched every day. 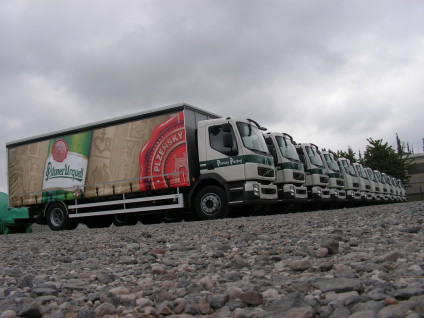 To keep beer in ideal conditions, you need a clean and cool cellar free of foodstuffs and with no sunlight, with a constant temperature of 7°C. This is another reason why Plzeňský Prazdroj teaches its customers the right way to store its products. Along with proper storage, it is also essential that the beers containers and are handled right, whether bottles, cans, stainless steel kegs or, last but not least, beer tanks. 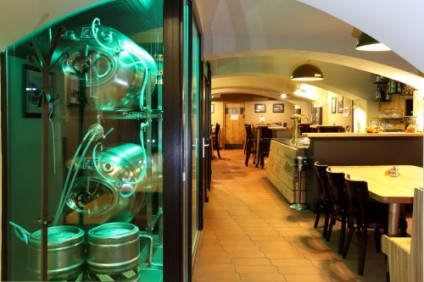 The technology used to tap beer has an undeniable impact on the resulting flavour and quality of the beer. A mixture of CO2 and nitrogen at the ratio of 1:1 is best for barrel beer. This mixture perfectly prevents any  weathering of the beer and thus extends its shelf life. Using air compressors, in contrast, is not appropriate, as the air passing through the compressor may contain various unwanted substances and oxygenates the beer, which is not good. This makes it age faster and reduces its quality. 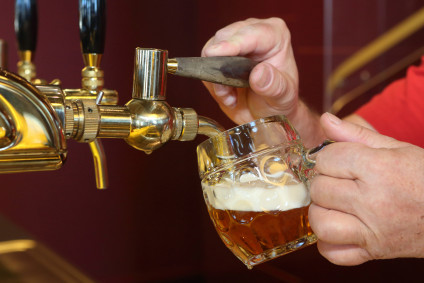 Tapping at the proper temperature not only affects the flavour of the beer, but also the foam. The temperature of the beer at the tap should ensure that the customer receives a glass of beer chilled to 6-8 °C. The tapping temperature should therefore always be approximately a degree lower. If beer is tapped at a temperature below 5 °C, it might not foam properly or the cold could make it cloudy. 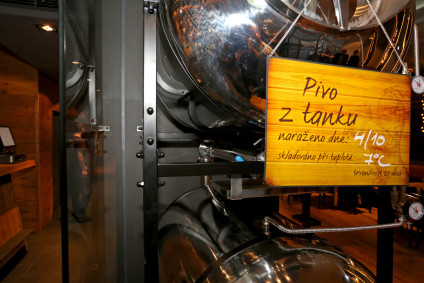 Sanitation of the beer pipeline and tap equipment is one of the most important prerequisites for beer quality. During the sanitation process, chemical and mechanical processes get rid of any unwanted microorganisms and beer scale in the pipeline. Professional sanitation should be carried out once a week. The beer pipeline should be given a basic clean every day, including dismantling and soaking the tap. 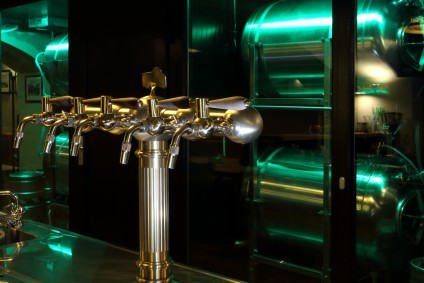 Beer should always be pulled into a properly cleaned glass, washed using only special odourless detergents which leave no aftertaste in the glass which could affect the flavour of the beer. Glasses must be chilled and wet so that the beer is not affected by heat shock upon contact. The right way of tapping is what guarantees the beer its ideal flavour and tang. The best glass of Pilsner Urquell should be drawn in one pull, “up to the level”. The way that beer is tapped has a fundamental impact on its flavour. 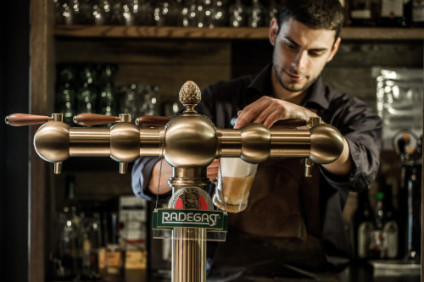 Tank beer is the best technical system for tapping beer, ideally using modern stainless-steel 5 hl or 10 hl tanks, in which the unpasteurized beer is stored in a sealed recyclable polypropylene bag. When it is tapped the beer does not come into contact with the air at all, which makes for better quality and long-lasting beer. When installing tanks, it is essential to be sure that all the beer will tapped at least once a week. 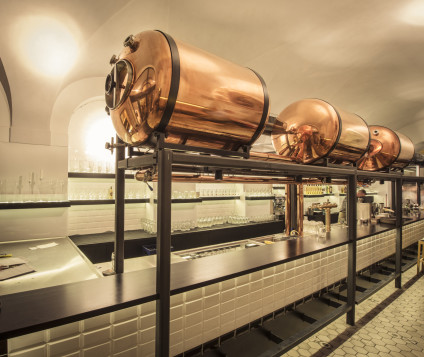