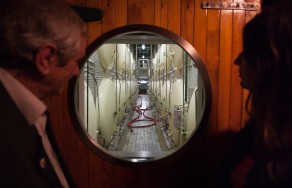 Bitter beer, strength contests, a “Moravia-Silesia region” food-tasting showcase, a beer academy and a special cookbook all highlight Cool Summer, which begins at 2 p.m. on Saturday, June 14 at Radegast Brewery in Nošovice and is free of charge. The event is set against the picturesque north Moravia region, which also features the Techno Trail during the main tourist-season.

Sparta’s hockey players Karel Pilař, Adam Polášek, Jan Piskáček, and David Dvořáček brace themselves for truly bitter moments. As a team “Radegast – HC Sparta Praha,” they will take part in the extreme Reebok Spartan race in Liberec on Saturday, May 31. Racers will face 3.5 miles of terrain with several tough obstacles, such as crawling through the mud and pulling a heavy object. If they place among the first three teams, they may look forward to 400 Radegast beers, which they will give away to their fans. The race starts at 9 a.m. in the arena Liberec – Vesec. 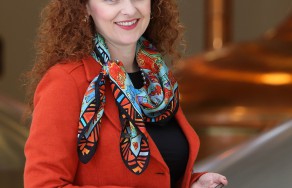 This year’s Radegast Day will be the most “bitter” in history. During this time, it is not just the beer that will be bitter, but also the bands that will be playing. Each band will play a song about how life is sometimes bitter too. This task belongs now to Tři sestry, Čechomor, Mandrage, David Koller, Děda Mládek Illegal Band, and the Vypsaná Fixa band. Entrance to Radegast Day is traditionally free. 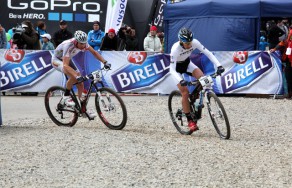 The loudest cheering during the bicycle race is sought. This will be the record, which will be set on Sunday, May 25, by fans during the Mountain Bike World Cup Race. Birell, the partner in the Czech competition of the MTB World Cup will take the measurements. Breaking the record is yet another motivating factor for fans to create an excellent atmosphere at Novém Město and thus help the organisers obtain the hoped-for hosting position for the World Championship in 2016. Their competition is the German Albstadt. In the case of earning the hosting privileges for the Czech Republic, Birell will donate 2016 non-alcoholic beers to the celebrations. 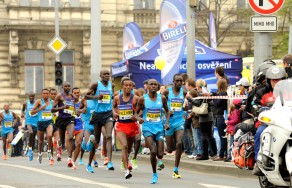 To commemorate the 20th annual Volkswagen Marathon Praha, Birell released a limited edition of glasses for the nonalcoholic beer Birell adorned with the signature of the legendary Kenyan runner Patrick Makau. Exactly 958 glasses were made, which is the number of runners who took part in the first historic Prague marathon in 1995. All proceeds from the sale will go to support the Czech Marathon Hopes project, which is aimed at the training of elite Czech marathon runners. One glass will sell for 99,- CZK (about 2.50 USD) and the glasses will be available at the Sport Expo Fair from May 8 to May 10.

Read more »
Older news
News for media
Get news directly to your inbox.
Contacts for Media