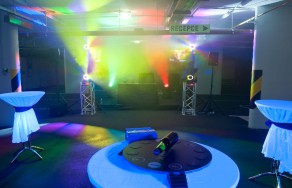 The goal of each team will be to deliver the beer keg to Landek Park within the shortest possible time. Each team that makes it within the specified time limit will get 60 beers. The fastest team will share 240 beers. However, victory is not what matters most here. „Those who want to experience something unique and special with their friends participate in the Sherpa Race. Actually, everyone who makes it all the way to the park is a winner,“ stated Marek Málek, manager of Radegast beer, regarding the most important motivation for competing in the race.

The first–ever Ostrava race was in jeopardy when the owner of the Ema slag heap released to the public studies describing health risks connected to the property. „We immediately started to look for an alternative solution, and we are glad to be able to save the race in such a short time. We are grateful to the Dolní Oblast Vítkovice Association for their help in determining an alternate route. We believe that the hike to the summit of Landek will be a unique experience for all participants,“ added Marek Málek in describing the challenges of the race–preparation process.

Members of Havířov Hockey Team confirmed their participation as well. They take up several starting spots and, thus, will meet in a team championship. The race will start from Silesian Ostrava Castle at 11 a.m. sharp and, according to plan, the winners will be announced at around 5 p.m. in Landek Park.

The Radegast Sherpa race started in the Beskydy mountain range in 2009 and since then have taken place annually. In 2010, this popular race spread to Olomouc and Zlín. Ostrava was added this year. A total of 500 brave competitors will take part this year.