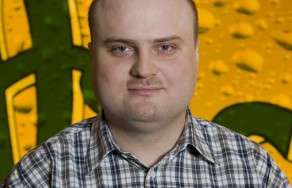 Karel Kraus (33) joined the team of Plzeňský Prazdroj in 2003, and over time has taken part in managing the Velkopopovický Kozel, Birell, Radegast, Pilsner Urquell, and Master brands. Prior his engagement with the brewery, he had an internship at the Brand Management department at the worldwide headquarters of Deutsche Telekom AG in Germany. In 2001, he graduated from the Economics school of the Mining college of Technical University Ostrava. During his studies, he has worked in marketing and communication for the international student non–profit organisation AIESEC. He has recently acquired his MBA degree from the University of New York in Praha at the Swiss Institut Universitaire Kurt Bösch.

Karel Kraus was born in Pardubice. He is married. Mr. Kraus speaks English and German. His hobbies include traditional Czech beers from Plzeňský Prazdroj breweries, good food, and travelling.