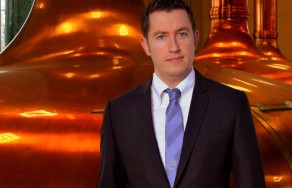 Grant McKenzie comes from Great Britain. He graduated with a BA Honours in Marketing and Business Law from the University of Strathclyde. Later, he further developed his education at the Chartered Institute of Marketing with a Postgraduate Diploma in Marketing.

As part of his previous 8-year marketing career with Mars Europe, Grant spent 5 years in the Czech Republic.