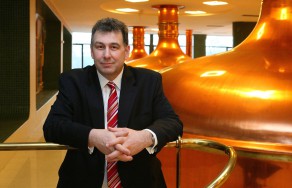 Andrew Bailey joined SABMiller in February 2005, working in SABMiller as European Regional Tax Manager. From March 2008, he worked as Finance Director in SABMiller Russia. Prior to joining the SABMiller group, he held a number of senior tax management jobs, most noticeably in Europe at Sony Corporation and PricewaterhouseCoopers.

Andrew Bailey comes from New Zealand. He achieved his academic education at the Auckland and Victoria universities, qualifying in taxation, as well as in accounting and commercial law. He is also a qualified Chartered Accountant.

Andrew Bailey replaced Mike Walsh, who was appointed as Finance Director in Foster, the SABMiller business in Australia.