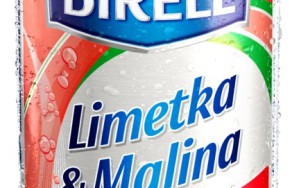 It is the fresh, fruity flavour that consumers ask for the most. One third of the respondents of TNS Aisa agency’s March survey desired nonalcoholic beer with fruity flavours. On the other hand, on the Czech market more unusual flavours such as spicy, herbal, sweet, or even salty do not appeal to Czech consumers very much so far. Birell brand is answering the demands of the market by introducing Birell with lime and raspberry flavours. Besides the fruity flavour, the novelty offers to its consumers other attributes important for nonalcoholic beer as well. The respondents considered the following characteristics as important: the fact that it is a natural beverage (15%) and that it does not contain any chemical preservatives (11%) and artificial colouring (8%). And 7% of the respondents follow nutrition value guidelines.

„Our new Birell with lime and raspberry flavours is made by adding natural juices to finished Birell Light beer. The beverage thus retains all its popular characteristics as the most popular Czech nonalcoholic beer, and in addition it also offers a new, refreshing, fruity flavour. I am convinced that the new Birell will soon win the hearts of many new fans,“ Martina Kuncová, Birell Brand Manager said.

Birell Lime & Raspberry is great for quenching your thirst on the road, while playing sports, or during work meetings. It is introduced to the market in 0.5l can packaging.

Birell Lime & Raspberry contains no chemical preservatives or artificial colours, and its energetic value is only 30 calories per 100 ml, which is much less than that of sweet sodas.

Birell Lime & Raspberry will be distributed to Žabka and Tesco Express market stores, to selected stores in the Billa market chain, and to selected gas stations and restaurants.