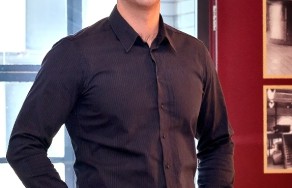 Pavel Šemík studied at University of Chemical Technology. He came to Plzeňský Prazdroj in 1997 right after his graduation. He worked as a  bottling technologist, a technologist, and a master brewer, and he has participated in many technological and marketing projects. Pavel Šemík  has had experience with beer brewing and management of a team of brewers since 2005, when he managed Velké Popovice brewery. He has managed both Pilsen breweries, Prazdroj and Gambrinus, since 2007.

Pavel Šemík deserves credit for ensuring the repeated placement of both breweries among the top productive and effective breweries of SABMiller in Europe. During the last few years, he has participated in the development and implementation of many innovative ideas into the Plzeňský Prazdroj portfolio.

*Grolsch brewery was established in 1615. Today, the brewery is one of the main producers of beer in the world. It became part of SABMiller group in February 2008.