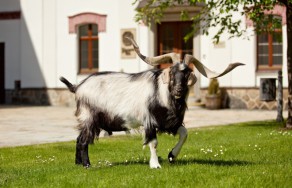 „The slogan of this year’s program is “For the Next Generations.” Because of that, we have looked for initiatives that will provide sustainable improvement of life to citizens of Northern Moravia. We have gathered more than 60.000 projects out of which the Council has selected 24 for the public voting. Public interest in voting proves that people are not indifferent to the life around them and that they are dedicated to its improvement. They care about their legacy to future generations,“ Drahomíra Mandíková, Director of Corporate Affairs and Communications of Pilsner Urquell, said.

Three organisations got the full amount requested. The Rope Park project in Třinec received the most attention and the applicant, STARS Třinec, may count on 300,000 CZK (about 15,000 USD). Employees of Radegast brewery also picked their favourite project. They have supported an elementary school in Dobra that presented the Traffic Playground project. The Council, consisting of the most significant personalities from the region, also selected its favourite project. The members of the Council awarded the full amount to the Musical Instruments for Moravia-Silesia Sinfonieta ensemble project.

This year, PRAZDROJ TO PEOPLE program offered voting via DMS text, using vouchers, and on the internet. The citizens of the region awarded 9,476 points and donated 29,646 CZK (1,480 USD) to organisations for which they have voted via DMS text.