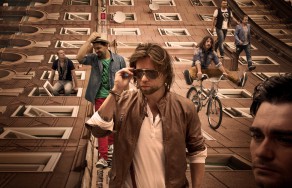 This year, Pilsner Fest is design as a one day birthday celebration of the brewing of the first batch of Pilsner Urquell lager. Regardless, it will retain its musical character and it will ensure high quality musical productions. The new concept of the celebration will reflect mainly in the accompanying programme. The quality and colorfulness of the musical offerings will remain the same.

Each band will have an hour long window to perform, and during the breaks MC duo Nasty a En.dru will present a special connecting show. Besides this enrichment, the non-traditional fusion of bands will add to the interesting experience. The participants may look forward to exceptional duels of Ondřej Brzobohatý and En.druem, or Čechomor with a symphonic orchestra.

And what other names might you expect on the two stages of this year’s Pilsner Fest’s? The upper stage will open its programme at 1:30 p.m. with the show of Pilsen native Mandrage, followed by Bros and Beasts and Sunshine. After the intermission, during which there will be space for a group toast, 100 animals will take the stage and after that is the famous band Kryštof. The wild ride will conclude with the show by the Hungarian group FIRKIN, who have conquered many European stages.

The second scene will open with a performance by the ultimate winner of the Urquell of Talents 2013 show, which will be selected by fans over summer at www.pilsnerfest.cz. After their show, Yellow Sisters and the never-ageing Butywill take the stage. The second half will welcome Čechomor with a symphony orchestra and Blue Effect.  Ondřej Brzobohatý and En.dru will join in jam session before the last band of the evening Too Late – the winner of Urquell of Talents 2012.

„This year’s Pilsner Fest will be traditional and unexpectedly new. On one hand we have the proven attractions of festival stages, and on the other hand visitors may expect a unique fusion of the Čechomor band with a symphonic orchestra and a new MC duo Nasty a En.dru, whom you can never tell if they will join the other bands and jam along. Their beat-box skills and musical sensitivity are truly unique. On top of that, we were able to secure an international star that will close the festival – FIRKIN band, whose lively and energetic music set is highly anticipated by all of us,“ Pilsner Fest musical director Pavel Anděl said about the festival.

More information about Pilsner Fest is available at www.pilsnerfest.cz.

*Urquell of Talents takes place as a part of the Summer in Prazdroj, which is a traditional series of concerts on the courtyard of the brewery in Pilsen. This year, the concert will take place every Thursday from July 11 to August 29 at 7:00 p.m. Burma Jones, YoYo-band, Odyssea and Kamil Střihavka will also appear during this year’s Summer in Prazdroj.