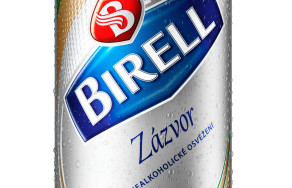 The Czech beer market is expecting the first refreshing non-alcoholic beer with a ginger flavour, Birell Ginger. It is a continuation of the success of the two present flavoured varieties of the Birell brand. Ginger is credited with many positive impacts on the human organism, and the ginger flavour is ever more popular in the Czech Republic. The new Birell variety is flavoured with a ginger extract, it is preservative and artificial colouring free, and it has only 23 kcal/100 ml. It is ideal for those who love to spend their free time actively.

“Ginger is ever more popular in the Czech Republic. People discovered its taste and are adding it to their diet more and more often. That is why we decided to combine Birell with a ginger extract, which is preservative and artificial colouring free. I believe that this beverage will find many fans among the supporters of healthy lifestyles,” said Luděk Baumruk, marketing manager of Birell brand, adding that Birell Ginger is the first non-alcoholic beer on the Czech market with a ginger flavour. A half litre can’s recommended resale price is 19,90 CZK (about 1.00USD).

The ginger flavour is expanding the portfolio of non-alcoholic beers at Birell. The first two varieties, Lime & Raspberry and Lemon & Pomegranate are among the most popular mixed non-alcoholic beer drinks on the Czech market.

Birell Ginger will be available for the first time to the participants of the “Sportisimo” Half Marathon Praha, where it will be officially introduced to the market.