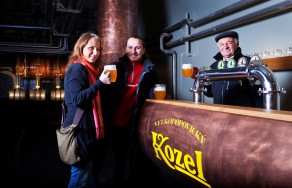 The international competition, Australian International Beer Awards, has taken place in Melbourne since 1993 and is considered the most prestigious competition in the world. It is organised by the Royal Agricultural Association. 294 breweries from all around the world took part in the tasting contest this year.

In its anniversary year, beers from Velké Popovice succeeded in other competitions as well. In March, Velkopopovický Kozel 11° became the absolute winner and was awarded champion, the beer of the year 2014 title, at the Golden Cup Pivex. In April, it won the silver medal at the World Beer Cup event in the USA.