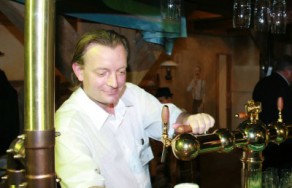 Leveraging the global scale of SABMiller helps Velkopopovicky Kozel to become a European brand. Kozel is now the fourth largest SABMiller brand in Europe, with a compound annual growth rate of over 27% in the last five years. This data brings the 2007 SABMiller Annual Report*.

Velkopopovicky Kozel is sold at 25 markets in Europe and beyond. Total volumes last year were up 17% to 2.5 million hectolitres*. However, the largest amount of sales is recorded in countries with local (licensed) production as Slovakia, Hungary and Russia. Licensed production increased year-on-year* by 23%, exceeding in Russia alone 1 million hectolitres.

„The case of Kozel shows the group’s ability to take a brand that is doing well in one market and move it across borders to enhance the portfolio in other markets. Kozel is now being managed on a regional scale – another indication of greater cohesiveness and collaboration across SABMiller’s European markets,“ adds SABMiller Annual Report.

In co-operation with Kozel distributor in Finland the brand’s activities are focused on off-trade segment, representing the only market where Kozel Dark is sold in cans: 4pack variant is the most successful. In on-trade a special Kozel cooking book based on traditional Czech cuisine is distributed, in co-operation with pub operating companies.