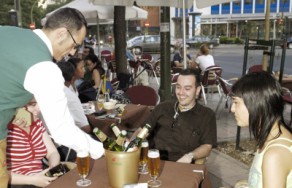 Most Pilsner beer drunk in Madrid and Barcelona

In the last 12 months, the sales of Pilsner Urquell in Spain grew by 70% from 7 thousand hl and reached a volume exceeding 12,000 hectolitres. This growth was achieved despite the fact that the Spanish beer market was stagnating last year. Pilsner Urquell is considered a premium lager in Spain, its price being by 10 to 15% higher in comparison with competing imported beers and by 50 to 100% higher compared to domestic beers.

Last year, apart from sales, there was also an expansion in distribution, thus an increase in the number of places where you can buy Pilsner Urquell. The Pilsner lager can be found in more than 750 shops and 1,650 restaurants, in 150 of them you can get this lager draught. The biggest restaurants sell more than 400 hl of Pilsner Urquell each year. More than 30% of sales take place in and around Madrid, number two is Barcelona.

“On the Spanish market, the Pilsner Urquell brand stands for a high premium brand, and that is why we have focussed many activities on cooperation with high-quality restaurants and mainly on expanding the distribution of this beer in Spain. We are glad that today you can buy it at almost 2,500 places,” says Christopher Shewan, manager of Plzensky Prazdroj branch in Spain.