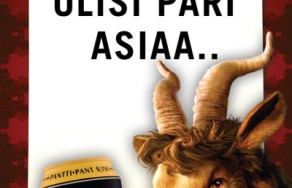 The Czech Olympic House has a good news for all heading for the Summer Olympics to Beijing: Pilsner Urquell tapped by leading experts from Pilsen. Visitors of the Czech Olympic House do not have to fear shortage of beer because 120 kegs were shipped to China. Beer in cans will be available directly in the Olympic village which accommodates our athletes and their teams. In addition to that, Jan Kovar, sports manager of Plzensky Prazdroj, promises a pleasant surprise for successful athletes.

Already at the previous Olympic Games, we encountered an enormous interest in our beer, and so this year, again, for the athletes and visitors, we have prepared the possibility to drink a toast to sporting achievements with Pilsner Urquell beer. We have another pleasant surprise for successful Czech athletes – kegs of beer with portable keg taps. On the whole, I will be taking 30 five-litre kegs with me and I believe that we will hand them out all around to our Olympic champions to celebrate their medals,” says Jan Kovar, sports manager of Plzensky Prazdroj.

n total, apart from 120 kegs and 150 cartons of cans, a lot of equipment necessary for a correct tapping of Pilsen lager, including tapping equipment and other necessary belongings (glasses, beer mats, table cloths, etc.) left Hamburg on a ship. Before departing for the Xiang harbour, necessary formalities had to be settled and permissions obtained; Vratislav Grepl, the Czech ambassador to China contributed a great deal.