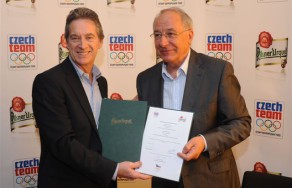 The preparation for the certification audit began in June 2006. Before that, the quality control systems according to ISO 9001 and ISO 14001 for environmental protection were employed only in technical departments of all Prazdroj’s breweries. The goal was to unify the approach to environmental protection in the entire company, and to comply with revised rules for occupational safety and fire prevention in all buildings and areas of the company.

“During the preparation, we had to create an entirely new system of approach regarding occupational safety and prepare over forty managing documents, directives and procedures. In our new system, we also identified and evaluated more than 3500 security risks and subsequently established a system of protection against these risks not only for the employees, but also for company visitors and staff of supplier companies,” says Petr Holeček of Plzeňský Prazdroj.

It was also necessary to link other projects with the field of occupational safety and environmental protection, to expand and adjust the cooperation with labor union regarding the administration of OSHA audits, and to physically eliminate the most serious safety hazards affecting employees and suppliers.

The final strict audit was done in January 2009 by an independent international certification company Det Norske Veritas in all the breweries (Plzeň, Radegast, Velké Popovice) and in the areas of 13 commercial distribution centers of Plzeňský Prazdroj in the Czech Republic. Plzeňský Prazdroj subsequently received international certificates for the environmental protection system and occupational safety according to the internationally recognized standards ISO 14001 and OHSAS 18001. The technical department of Prazdroj retained the ISO 9001 certificate from before.

The newly introduced OHSAS 18001 defines not just basic rules regarding occupational health and safety, but is also aimed at changes in behavior of employees of Prazdroj during everyday activities. It demonstrates to employees and other involved parties that Plzeňský Prazdroj proactively protects health and safety of its staff.

It is for example a unique system of final biological treatment of drainage and rain water conducted away from the grounds of RADEGAST brewery to a system of ponds for more than 6 million crowns, or modern sewage cleaning plants in Radegast and Velké Popovice that provide more than one million m3 of biogas for production of heat yearly. Further projects related to Plzeňský Prazdroj breweries production quality contribute to the environmental protection by reduction in energy and water consumption, such as by a complete switch to diatomite-free filtration in Plzeň.

Thanks to this approach, Plzeňský Prazdroj managed to decrease the volume of emitted CO2 compared to the permitted limits by more than 50 percent during the first period of National allocation plan despite growing production volume. It is an exceptional result in comparison with the entire Czech industry that only saved 4 percent of emission credits on the average.