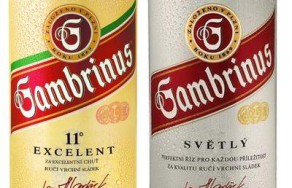 “Our employees have demonstrated an unprecedented level of solidarity. Managers, as well as people in the packaging plant and brewhouse, competed among themselves in how much they would donate and everybody was determined to help. I’d like to sincerely thank them all,” says Ivo Kanak, Plant Manager, Nosovice.

The fund-raising campaign for flood victims took place in the first half of July, with the participation of employees in all locations of the company. In total, 1,011 Plzensky Prazdroj employees contributed nearly CZK 400,000. After doubling and rounding it off, the company will transfer the sum to the People in Need’s account.

“Unlike the first wave of removing damage when the flood-stricken buildings had to be dried and first aid was needed, now the money will be used to repair and restore the damaged buildings. Thanks to donors such as Plzensky Prazdroj and its employees, we can finance repairs of whole buildings,” explains Martina Brenova, People in Need.

People in Need’s experts are now examining the condition and level of damage on buildings in the flood-stricken regions of Jesenik, Novy Jicin and Decin in order to identify those that are most eligible for help. “Prazdroj’s contribution can help repair, for example, the boiler room in an elementary school. We can also use it to finance repair of the station of voluntary fire-fighters who have also had a share in mitigating the flood damage. Another tip is a workshop in which one of the communities organises publicly beneficial work,” adds Martina Brenova. The facilities that need repair will be selected in about two weeks so that the money can be distributed as soon as possible.