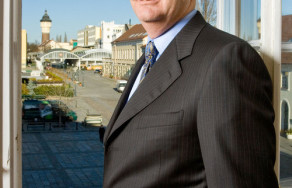 “We are arranging this meeting with the hockey players as part of the Radegast Supports Moravian Hockey project. I am sure that fans will take advantage of spending an untraditional hockey evening with players from a leading first-league team,” says the manager of the Radegast brand, Pavel Kmínek.

The meeting with the players at the Radegastovna beer cellar will be for about an hour and it will be in three parts. The first part will be filled with interviews with players and with the coach, and fans will have a chance to ask them anything they want.

After this, the main stars, players, will go to the beer taps, so that they can try to properly pour cold Radegast from tap, which they will then serve to their fans.  In the last part of the evening, fans and hockey players will play a match of table tennis.