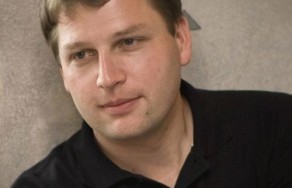 “Traditions and ties to the brewery in Plzeň are fundamental to the lager, Pilsner Urquell.
These values and promotion of this uniformed look of the brand on European markets are my main tasks. I will work on creating international programs for development of the brand and also on programs building loyalty in our international buyers and fans of the brand,” says Robert Lobovský.

Robert Lobovský was born in Plzeň and he is a true patriot. At the age of 10, he immigrated with his parents to Australia from where he returned after 16 years to Czech Republic. He is a  graduate of Victoria University of Technology (Diploma of Hospitality Management).

He is married, has a three year old son and speaks Czech and English. His favorite pastime is spending time with his family. Some of his hobbies also include sports (tennis, squash, cycling) and photography.