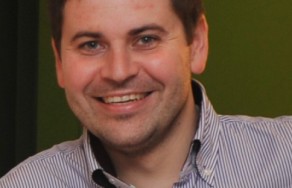 “I was guessing I wouldn’t get a desk job with a comfortable chair. But I don’t mind physical work, so I was okay with it,” commented Richard Brančík on his job position. He became a part of the expeditionary team which is responsible for proper beer distribution and loading for customers. Brančík’s specialization was to prepare beer palletes for small customers who take beer in various containers.

Although the Mora captain was in a completely different environment outside of ice-hockey, he found some similarities. “It is always about people who can do something and who can also cooperate very well.”

Radegast representative, Petr Kobule, appreciated the Olomouc captain’s work in the Radegast Brewery: “I am glad that Richard Brančík approached the bet as a man and that he kept his promise. I am sure the fans will appreciate that. And I can promise that for next season,  as far as the ‘Radegast Cheers For Moravian Ice-hockey’ concept goes, we will bring all kinds of entertainment to the Olomouc fans, just as good as we did this season.”