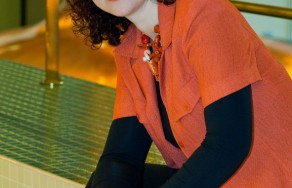 Drahomíra Mandíková is from Bratislava. She broadened her education in economics by pursuing social–work studies at Comenius University in Bratislava.

She has been with Plzeňský Prazdroj since August 2010 in the position of manager of customer relations.Prior to this, she worked for 11 years at our sister company, Pivovary Topvar, in Slovakia, where as manager of customer relations she oversaw internal and external communication, the building of brand reputation, corporate responsibility and corporate interests. Since 2008 she was a member of the board of directors of Pivovary Topvar, elected by employee representatives.

During her professional career in Slovakia, she has been a part of many important institutions – for example, chairperson of the Club of Corporate Donations and vice chairperson of the Slovak Association for Branded Products. As a member of the arbitration committee of the Slovak Council for Advertising, she concentrated on respecting ethical rules of commercial communication.

Drahomíra Mandíková is married and speaks Slovak and English. She lived in Bratislava until the summer of 2010, after which she moved to Prague. In her spare time she likes spending time with her dog, hiking or reading.