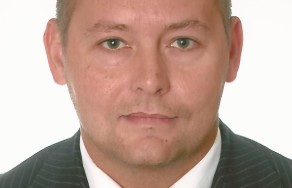 As lead lawyer for SABMiller Europe, Martin Šourek will direct the law departments in 11 European countries and will report to James Wilson, CFO of SABMiller for Europe. For an expert’s point of view, he will work closely with Stephen Shapiro, the director of legal services for the entire SABMiller group.

Martin Šourek came to Pilsner Urquell eight years ago from his legal practice. In 2006, he became manager of legal services for Pilsner Urquell and was actively involved in the Finance Department as well as in the wide–ranging European section of the Legal Department.

Martin Šourek’s office will remain in the Czech Republic, though his new position will require extensive international travel across the entire region. His new position goes into effect immediately; however, he will maintain some of his current duties within the Czech Republic until his successor is properly named in a timely matter and officially takes over his duties. At the same time, he remains a member of the supervisory board of Pilsner Urquell.

Martin Šourek comes from Plzeň and graduated from the University of West Bohemia Law Academy in Plzeň. He is married and has two children. He speaks English, German and Russian. He likes to devote his free time to family, golf and football, and among his interests are astrology and, of course, pilsner beer.