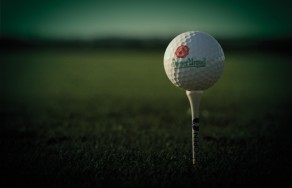 The Open Championship is one of the 10 most important sporting events of the year. Yearly, close to 200,000 visit the tournament and more than 500 million watch it on their TV screens. Golf is one of the most important marketing activities of the Pilsner Urquell brand. „This is our third year to be the partner of The Open, the most prestigious golf tournament of the world, and we signed a contract until 2013. It is our honor that two legends joined forces. The Open, which last year celebrated its 150th anniversary, and Pilsner Urquell beer, which has been bringing joy to its fans for close to 170 years,“ adds Dalibor Vainer, Marketing Manager from Plzeňský Prazdroj.

Due to expected large numbers of visitors and good weather, representatives of the brand on the British market prepared very meticulously. An expert from Plzeňský Prazdroj personally trained 200 bartenders to properly serve beer, also shared the beer’s tradition and history of the lager from Plzeň. The kegs with beer left the brewery only a few days before the beginning of the tournament and were stored in the central refrigerated warehouse from where, based on need, they will be delivered to four public bars and to a number of VIP refreshment stands around grounds of Royal St George’s in Sandwich, Kent.

All in all, the Pilsner Urquell has been successful in Great Britain and in 2010, sales increased by 37%. This way, Britain became the fifth most important export market of the Pilsner lager.

Bernard Gallacher, Honorary Ambassador of Pilsner Urquell and British golf legend, promoted Pilsner lager directly at the venue where the legendary tournament and legendary beer met. Bernard Gallacher won 13 times at main golf tournaments in Europe and eight times at tournaments outside of Europe, several times also played at the World Cup and at Ryder Cup.

With this year’s  tournament, The Open Championship entered its fourth 50 years. The first tournament was in 1860 at the course at St Andrews. Pilsner Urquell as a  partner of the tournament was allowed to borrow and bring to Czech Republic the Claret Jug Cup, a prestigious prize given to winners of The Open. Thanks to this fact, many Czech fans of golf were able to look at the prize in May at golf resorts in Karlštejn, Dýšin and Beroun and also at the Visitors’ Center at Plzeňský Prazdroj. The value of the cup is practically unimaginable and it traveled around Czech Republic only accompanied by security personnel.