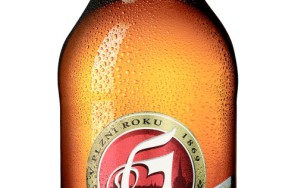 The flavour preferences of Czech consumers are developing. Gambrinus, the beer that for many years has been the main representative of the typical Czech beer, is also responding to the change in trends. “The Czech beer market is much more dynamic than ever before. Consumers expect to be offered innovations and a diverse choice.  Gambrinus addresses millions of people and listens carefully to what they wish for. That´s why we are introducing Gambrinus Original 10°, with a fuller taste, and mixed beverages with lower alcohol content that pleasantly combine the taste of Gambrinus tap beer and natural fruit juice,” says Doug Brodman, Plzeňský Prazdroj’s CEO.

Gambrinus Original 10° with a fuller taste

Gambrinus Original 10° has fully preserved popular pilsner beer characteristics and offers an even fuller taste. „We are aware of the fact that today’s beer lovers prefer a fuller beer taste. That is why we have decided to enhance the richness of the taste of their favourite Gambrinus beer by increasing the dose of malt and hops,“ says Adriana Jahňáková, Plzeňský Prazdroj’s marketing manager, who continues: „The name Original 10° indicates that it is a pilsner beer brewed according to the original brewing procedures, using top–quality Czech ingredients, just as it was in the case of Gambrinus Pale.“

It is the Gambrinus brand that for many years has been the main representative of traditional Czech beer’s characteristics, and it remains the standard for the production of other Czech beers. „Gambrinus, the most popular Czech beer brand, has won over the hearts and minds of beer lovers, thanks to its long–lasting high quality and to the original brewing procedures, the observance of which has been overseen by generations of Pilsner brewmasters for over 140 years. My family is proud to belong to these generations too,“ points out Jan Hlaváček, who comes from the fifth brewing generation. Hlaváček´s family has brewed Gambrinus beer for more than 80 years. His father and grandfather played a key role in the history of Gambrinus.

Gambrinus Original 10° will be available on tap in restaurants and pubs as of May 2012. It will also be distributed in all the popular packaging types, including 0.5–litre returnable bottles, PET bottles and cans in all shops across the Czech Republic.

Besides that, Gambrinus is extending its portfolio. „There are increasing numbers of people who like to try out novelties and a variety of flavours. That is why we have decided to come up with mixed beer-based drinks to appeal to those consumers who are looking for pleasant refreshment,“ said Adriana Jahňáková.

Since the beginning of April, Gambrinus Sharp Lemon and Gambrinus Lime & Elderberry (mixed beer-based drinks with lower alcohol content) have been available in shops. They are produced by mixing Gambrinus tap beer with natural fruit juices. „Of the whole variety of flavour options they were offered, consumers responded best to the lime flavour with a bit of elderberry. The elderberry flavour is very popular amongst Czech consumers, and it brings them typical Czech refreshment. Lemon is the classic flavour that is appreciated for being the most refreshing one. But again, we wanted to offer a bit more, which is why our choice was the sharp lemon flavour,“ Adriana Jahňáková said.

Both mixed beer drinks are now available in 0.5–litre cans in shops across the country. Starting in May, 0.5–litre returnable bottles will be introduced, intended namely for bars, pubs and restaurants.