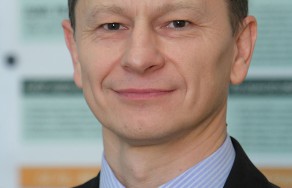 Stanislav Hamara has worked for the SABMiller Group since 2001, when he took the position of manager of the bottling department at Šariš brewery, which he kept for six years. After that, he worked on the merger of the Topvar and Šariš corporations. After that successful project, in January 2007 M. Hamar became the Manager of Topolčany brewery, and one year later, he took over the management of the brewery in Velký Šariš. He has also worked at the headquarters of SABMiller Company in beer production development, covering the needs of the entire European region. He is coming to Pilsen after nearly two years in a leadership position at the Hungarian brewery Dreher.

„I am honoured to be working at the Pilsen brewery that has changed the face of the beer brewing tradition all over the world, and which gave the world its unique lager Pilsner Urquell. My pleasure at beginning my association with the people who actively participate in the success of Pilsen beers for so many years is enhanced by the knowledge that it is happening during the year of the 170th anniversary of the birth of this legendary Pilsen lager,“ Stanislav Hamara said.

Stanislav Hamara graduated from the Technical College in Košice. After that, he worked in a private company producing PET bottles and sodas, where he held several different positions including the position of Production Manager. While employed there, Mr. Hamara completed his post-graduate studies at Brunel University in West London.

He loves sports, especially jogging. He likes to spend time hiking with his wife and children. Mr. Hamara’s personal goals include finishing in a marathon, as he is a successful participant in several half-marathon runs. His other hobbies include skiing, swimming, and of course enjoying good beer.