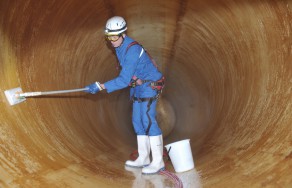 For the production of our beers, we use only the best raw materials and do not allow any compromises here. All deliveries of raw materials, including barley that is used in the production of malt, are thoroughly checked when received. We monitor the content of mycotoxins in barley, malt and finished beers regularly. This measurement is carried out by an accredited laboratory of the Research Institute of Brewing and Malting in Brno (abbreviation VÚPS).

It is difficult for us to comment on the results published in the magazine dTest, when we do not know the analytical method and laboratory, in which the values have been measured​​, especially when it differs significantly from the measurement of VÚPS. VÚPS results show no increasing trend of mycotoxins and are significantly lower than the values mentioned ​​in the magazine dTest.

Therefore, we fully support the view of Association of Czech Brewers and Maltsters (CBMA), who declares: „CBMA has the results of the control analyses of some beer samples that were part of the dTest. These results are vastly different and are several times lower than the values ​​reported in the dTest magazine. Therefore we strongly disagree with an article published by the magazine dTest and with incorrect interpretations, which appear in other media in this context.“

To see the full view of CBMA to this article published by the magazine dTest, please read below.

ACBM has the results of the control analyses of some beer samples that were part of the dTest. These results are vastly different and are several times lower than the values ​​reported in the dTest magazine. Therefore we strongly disagree with an article published by the magazine dTest and with incorrect interpretations, which appear in other media in this context. For example, the Czech beers in no case can contain mould and other misleading information is that the presence of the mycotoxin DON causes over foaming of the beer (gushing).

Beer is one of the healthiest drinks on the market. It is made from natural raw materials

which, of course, like any agricultural commodity intended for further processing in the food may contain a limited number of metabolites of moulds, called mycotoxins. For these substances are set binding hygiene limits. Brewing and Malting industry pays utmost attention to the selection of quality and safe raw materials. Research Institute of Brewing and Malting (VÚPS), regularly monitors the content of mycotoxins in the harvest of malting barley since 2008 and reaffirms that the prescribed limits are not exceeded at all.

The outcome of these measurements is so-called Mycotoxins map of Czech Republic. According to this map, in a period of five years long measurements, only three samples approached to that specified limit, which is 1250 micrograms of deoxynivalenol (DON) per kilogram for cereals (malting barley). All other samples didn´t approach to that limit, or were below the limit of detection. There is no increase of mycotoxins in the production chain barley – malt – beer, which confirms wide range of expert studies.

„In 2012 barley harvest was absolutely unproblematic, quite the contrary, the smallest amount of mycotoxins was measured in the last three years,“ says Ing. Richard Paulů, CEO of Malt Soufflet CR, as.

„We are surprised, therefore, that the results presented in the magazine dTest do not match with the measurement of our accredited laboratory. dTest magazine also does not mention the methodology and testing procedure, which is not common practice, “ said Dr.. Karel Kosar, MD. Director VÚPS. „In addition,  for the beer there are no legislative limits set on the content of mycotoxins, because it is one of the healthiest food within the food basket,“ says Karel Košař.

It is important to realize that all the commonly consumed foods made from cereals (bread, biscuits, breakfast cereals) may naturally contain mycotoxins. Recommended EU limit is 1 microgram per 1 kilogram of the weight of consumer. There is a limit of 500 micrograms of mycotoxin (DON) for one kilogram of bread. For example, 200 g of breakfast cereals can contain up to 100 micrograms of mycotoxin.