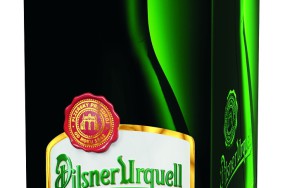 Many countries around world celebrate Father’s Day on the third Sunday of June. This year, the day falls on June 15, 2014, and we Czechs will celebrate it as well. According to a survey, 59 percent of Czechs agree with the opinion that Father’s Day should be celebrated. Respondents mentioned a thank you note, a gift, or an invitation to a beer as the most appropriate form of appreciation. Therefore, Pilsner Urquell prepared a unique gift and interesting events for all who wish to surprise their fathers. Make your dad happy on June 15.

“More than 48 percent of people who celebrate Father’s Day pliably thank their fathers. The other 40 percent surprise them with a gift, and nearly 38 percent invite them out for a beer,” said Lukáš Novotný, senior brand manager of Pilsner Urquell. ”More and more people want to invite their dads for a beer every year, and fewer and fewer children just plainly thank their dads,” he added.

Pilsner Urquell has supported the celebrations of Father’s Day for several years now. Even this year, they prepared special offers. Selected stores will offer 1l bottles of the limited edition brew, and on the Father’s Day, thematic events will take place. Those men who will become fathers on June 15, 2014, and who register at www.den-otcu.cz, will receive free Pilsner Urquell lager to celebrate the coming of their child.

*The survey was conducted by TNS Aisa agency between April 28 and May 18usign the sample of 360 respondents. Some questions contained multiple-choice answers.