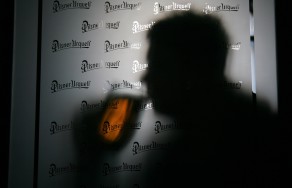 Plzensky Prazdroj, a. s., the leading brewer in the Czech Republic, achieved total domestic beer sales of 3.9 million hectolitres in first half of calendar year 2006, a year-on-year increase of 2.4 per cent. The company’s export volumes also continued to grow, achieving a year-on-year increase of 11% by the end of June. For Plzensky Prazdroj and a number of Czech brewers, a combination of warm weather and the FIFA World Cup in the latter part of June made up for an unusually cold spring.

In the domestic Czech market, Plzensky Prazdroj’s flagship brand, Pilsner Urquell, grew by 6% and the recently re-packaged Gambrinus grew by 3%. Gambrinus represents one in four beers consumed in the Czech Republic.

In June 2006, high customer demand led to 13% more beer being sold by the Company compared to last June. A total of 1 021 787 barrels left the company’s Sales and Distribution Centres. Put together these would line the 590km road from Prague to Budapest! In addition, almost 30 000 hl of beer was sold in June from beer “tanks”, or cisterns, which are used in the biggest and most popular beer houses in the Czech Republic and which each contain 1000 litres of beer. This represents a year-on-year growth of 12 % for Pilsner Urquell alone.

During the period, Plzensky Prazdroj confirmed its position as the largest Czech beer exporter to markets such as the US, UK, Germany, Italy, Slovakia and South Africa. Overall export sales of Plzensky Prazdroj’s brands (excluding licensed production) increased 11% year-on-year to 382,000 hectolitres. The brands which experienced the most significant export growth were Pilsner Urquell, up by 13%, Gambrinus by 21% and Velkopopovicky Kozel up by 11%.

Mike Short, Managing Director of Plzensky Prazdroj, a. s., said: “Despite the impact of poor weather at the beginning of the summer, the first half of 2006 has been stable overall following a strong performance in June.  A combination of warm weather and the FIFA World Cup contributed to a record month for all Plzensky Prazdroj’s brands achieving volumes of 910 000 hl, with all three breweries of Plzensky Prazdroj reaching record production volumes.“

H1/2006 was marked by the following significant events for the company: