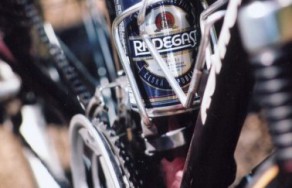 TNS AISA Survey*: citizens of the city of Plzen know the pilsner brewery well; outside the region, more promotion is needed

The Plzensky Prazdroj Brewery and the Museum of Brewing in Plzen belong to the biggest attractions both for the inhabitants of the city and region and for tourists. During 2006, the city was visited by 160 916 tourists, which is 3% more than in 2005. In the first six months of 2007, visitors already numbered more than 80 000. Public surveys show, however, the need to promote this attractive destination in other regions in the Czech Republic. Almost 94% of Pilsners know about the possibility to tour the brewery, but only 55% of the population of the Czech Republic knows this fact. However, the highest potential for development of the tourist trade is among domestic tourists, who comprise a good third of visitors.

About 46% of Pilsners and 43% of Czech citizens see the brewery as the most interesting place directly in Plzen; 23% of Pilsners see the Brewery Museum as such a place, whereas only 6% of Czech citizens see it that way. In light of these figures, greater promotion of the brewery and Brewery Museum all over the Czech Republic will surely benefit the tourist trade in Plzen and the Region of Plzen.

The tour of the Pilsner Brewery has recently expanded also thanks to new investments in the brewery. The most recent news is from the end of the year: the opening of the most modern filling room in Central Europe, to which visitors or driven by a special “brewery” bus. In the newly opened Hall of Fame, visitors learn about the most important and most interesting people in the history of Plzensky Prazdroj. It has been possible to make a large part of the tour accessible to handicapped visitors. In addition, the Brewery Museum has unveiled most of its collection, e.g., complete pub furnishing and equipment from the first half of the 20th century.