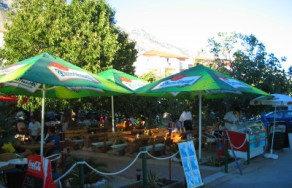 Shortage of barley and hops is pushing beer prices up.

The European market has become a battlefield where brewers are fighting to obtain sufficient quantity and quality of barley and hops to meet their brewing requirements. The price war for Czech barley and hops is pushing the prices up to unsustainable levels. Malted barley constitutes a major part of the production costs of beer. The dramatic situation surrounding these raw materials markets will force a beer price increase this year.

“I don’t remember any such dramatic cost escalation as that which we are experiencing this year. A current price of ton of the Czech malting barley is approaching double the last year’s price.  Our brands are associated with Czech-grown ingredients of the finest quality. That means, we have to work within the current market prices, since compromising quality is out of question for Plzensky Prazdroj“, says Mike Short, Chairman of the Board of Directors and Managing Director of Plzensky Prazdroj.

As the prices of raw materials have been going up everywhere in Europe, those brewers and maltsters who use imported materials are facing similar pressures.

Barely price per ton – base

Prazdroj typically reviews the prices of its products at the beginning of every year. This extraordinary situation is forcing Prazdroj to accelerate its normal pricing process by pulling forward its 2008 increase into the autumn of this year. Additionally, the company concedes that there remains the prospect of further price increases in 2008 should commodity prices continue their rapid increase.

“We have thoroughly considered our options but the situation is unsustainable. To maintain current beer prices, any brewer would have to compromise quality. I would be shocked if the current situation in raw materials doesn’t have a similar impact on beer prices right across Europe”, says Short.

The price increase on Prazdroj’s products is most likely to come in November and is expected to impact prices of all Prazdroj brands. On average, prices are expected to go up by 6 to 8 percent.