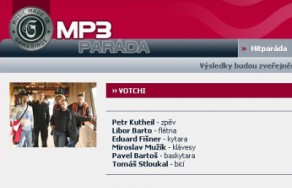 The traditional „birthday party” of Pilsner beer takes place between 3 and 7 October this year. The beer holiday has taken on a brand new look this time. Firstly, it will be launched already on Wednesday, 3 October, in selected Pilsen clubs, pubs and the Brewery Museum, and will culminate on three stages – in the Brewery, at the Victoria Plzeň football stadium, and on the main Pilsen square (Náměstí Republiky square) on Friday and at the weekend. Many performers will be featured – for example, famous Czech music groups like Monkey Business, Žlutý pes and Olympic, and the famous Czech actor Jiří Suchý. You can enjoy not only music, beer and mouth-watering goodies, but also unconventional sports and adrenalin activities, traditional brewing crafts, literature and organ concerts. The festival this time will be spread all over the historical centre of Pilsen.

The festival will be launched on Wednesday, 3 October, with a “Happy Hour” in ten Pilsen pubs. The exact kick-off time is a secret not to be revealed until the very last moment. It will be Kiss Proton Radio who shall announce the start of this event anytime between 6 and 9 p.m., and each selected pub will then offer one keg on tap free of charge. Pubs are offering special programmes also on Thursday – music and one free keg of Pilsner beer. Furthermore, there is a special programme in the Brewery Museum; during the first days of the festival, this venue will present well-known Czech authors and offer readings of their fiction (for example, Michal Viewegh, Vlasta Třešňák, Alexandra Berková and Ivan Martin Jirous).

The birthday party will be in full swing on Friday and at the weekend. Everybody can choose a music band according to their taste – three stages will be hosting popular Czech bands of various genres. The Pilsner Urquell Stage in the Brewery will feature singers Jana Kirschner and Ivan Hlas and the group “123 minut”, to name but a few. The Gambrinus Stage, located at the Victoria Plzeň football stadium, is booked for Czech groups Olympic, Monkey Business and Žlutý pes, and the Pilsen City Stage will host famous theatre performers Jiří Suchý and Jitka Molavcová and the folk music group “Samson a jeho parta”.

Bring your mates from work or from the pub and sign up for special contests
Barrel Rolling Contest is scheduled for the first day of the Pilsner Fest, Wednesday, 3 October, from 5 p.m. A lot of teams have already signed up, for example, Plzeňský deník daily, Kiss Radio, TJ Lokomotiva Plzeň sports club, Municipal police of the City of Pilsen and visitors from abroad – a foreign team, ZORBTEAM SK Plzeň from Mongolia.

The weekend programme is offering a wide range of accompanying events
Besides music performances, we have also prepared a rich programme of accompanying events. You can admire a fashion show presented by fashion designer Radana Ivančic including the Pilsner Urquell Collection. The Brewery is preparing something special for cocktail lovers – beer cocktails. And then back to pure beer again – we recommend the Beer Labyrinth, where you can enjoy the taste of other Plzensky Prazdroj brands. And an extraordinary surprise awaits you in the lager cellars: a theatre performance.
Interesting programmes have also been prepared outside the Brewery premises. You can take part in the unconventional sports disciplines of the Pilsner Urquell Olympic Games, or try some adrenalin activities in the inflatable G–city.

The Brewery Museum is presenting old traditional crafts
The readings of Czech authors on Thursday and Friday in the Brewery Museum will change to the presentation of traditional crafts at the weekend. Visitors to the museum can admire the skill of masters of several old-time trades: cooperage, pottery, woodcarving, smithery, and tinkery. All these crafts used to be necessary for brewing in the past, and their presence at the 165th anniversary of Pilsen beer is therefore a symbolic view back to the history of beer brewing.

How to get there? Take a free ride on a tram!
As the Pilsner Fest is a celebration of beer, organisers highly recommend taking advantage of public transport instead of going by car – you can get to the venues of the festival very easily. A special Pilsner Urquell Tram will be running instead of the No. 2 tram from Friday, 5 October, 5 p. m. to Sunday, 7 October, 3 p. m., completely free of charge. Anybody can take this tram without needing a ticket on the line between the “Světovar” stop and the “V Sadech Pětatřicátníků” stop. The exact timetable and a list of all stops on the route are available at www.pilsnerfest.cz. This special tariff, however, will be offered only when taking the Pilsner Urquell Tram.

Special attention – responsible drinking
The organisers will introduce stricter measures to check the age of visitors with the aim to prevent underage drinking. To make it easier to serve young looking visitors who, however, are of legal age, special info-stands – check points – will be issuing “beer bands” – non-transferable ID wristbands; the beer bands will be issued upon presenting an ID card. If in any doubt about the age of a consumer, all vendors shall refer the person to one of these points to ask for the beer band first. Furthemore, Pilsner Fest will launch special beer vending machines, which have so far been installed only in Prague. These vending machines are able to detect a buyer’s age through scanning his or her ID card or passport. Prazdroj will use the opportunity of the Pilsner Fest to also promote the Promile SMS Service for drivers, which has been supported continuously for a long time. Moreover, visitors to the festival can meet “Birrell Guards” along the festival route and have their alcohol levels tested with a breathalyser.

Celebrations will also take place outside Pilsen
Pilsner Urquell beer has rapidly gained in popularity all over the Czech lands as well as abroad since 1842. Therefore, the festival will also take place in other cities and towns of the Czech Republic. Since Monday, selected franchise restaurants of the Pilsner Urquell Original Restaurant chain have been promoting the upcoming Friday party to celebrate the 165th anniversary of Pilsen beer. The first Pilsner Urquell beer was originally brewed on Friday, 5 October, 1842. To commemorate this event, the “165 Beers Gratis” event is starting on Friday, 5 October, at 18:42 military time. Bartenders will mark the number of beers served free of charge, visibly on a poster next to the bar – and the 165th beer will be the last beer served free of charge in the particular pub.