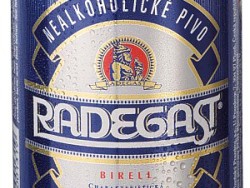 Erik Jönsson has won the title of Pilsner Urquell International Master Bartender of the Year, during a highly competitive final in New York. After winning the title of Norwegian Master Bartender in August, twenty-two year old Erik who works in Smak av Oro, (Taste of Gold), was victorious against finalists from fourteen other countries.

The 2007 competition experienced record levels of participation from around the world, with over 1000 bartenders entering the national competitions. Erik was awarded the coveted title at a lavish ceremony in the heart of Manhattan and will now have his photograph in the Hall of Honour at the famous beer’s home – Plzen in the Czech Republic.

The final stage of the competition saw Erik and his fellow finalists sit a written exam, face an interview in front of a panel of beer experts and, of course, demonstrate his bar skills by pouring Pilsner Urquell according to strict guidelines which ensure the consumer receives the golden beer at its very best.

Erik has been working in the hospitality industry for just 5 years, but has already gained considerable experience working as a waiter, manager and of course a bartender. His experience working in Australia, Canada, the UK, his native Sweden, and now Norway, means he is truly an international winner.

At an event that brought together 15 countries, Erik himself represents three of these. He currently lives in Norway but was born in Sweden and his mother comes from Finland. Erik has enjoyed the exposure to different cultures that this competition has brought him. He commented: “I’ve been really inspired this weekend. Everyone needs inspiration and meeting with bartenders from around the world who all do the same job, but are from different cultures and different countries has been really incredible.”

Two female finalists took the second and third places in the competition. Hanna Michalczyk from Poland and Tatyana Neklyudova are among the first females to reach this stage of the competition, with sterling performances, particularly in demonstrating in-depth knowledge of the brewing techniques, that are unique to Pilsner Urquell.

Vinod Giri, International Brand Director for Pilsner Urquell, said: “The 2007 programme has enjoyed fantastic displays of excellence from around the world and I’m delighted to congratulate Erik Jönsson on winning the international title. To make it to the New York final is an outstanding achievement in its own right. This year’s standard has been exceptionally high, with the fifteen finalists representing 116 years of experience in their profession. They are testament to Pilsner Urquell’s commitment to quality.”