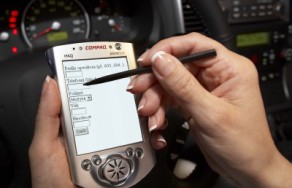 While overall beer sales have remained average in December, premium Pilsner Urquell beer has been sold in higher quantities than in the hottest summer months. Its sales keep growing now by 35 percent  more than the average monthly sales. The trend, according to which people spend more on premium beer during the holidays, can be spotted in neighbouring countries as well, including Poland. In recent years, Polish customers have been buying 10-15 percent more Pilsner Urquell lager than in other months.

“In Poland, similarly to our country, people tend to prefer local beer brands. Therefore, we appreciate it that they ever more often buy particularly Pilsner Urquell beer for their festive days. In the calendar year 2007, the overall year-on-year sales of Pilsner Urquell in Poland increased by 8 percent. This figure has been achieved even though Pilsner Urquell as a prestigious brand is more expensive there than its competitors, Heineken and Carlsberg,” says Jiří Mareček, spokesperson for Plzensky Prazdroj.

More about the Polish beer market and Pilsner Urquell

Polish customers have traditionally preferred spirits; however, beer consumption has been increasing lately. Today, Poland is the tenth strongest beer market in the world with sales of approximately 25 million hectolitres. Compared to Czech consumers, Poles seem to prefer strong beers: 5-6 volume percent alcohol represents a standard among Polish beers. Beer brewers have nicknamed Poland “the kingdom of canned beer” – more than 44 percent of beer is sold in cans, as against approximately 3 percent of canned beer sales in the Czech Republic.

The Pilsner Urquell brand has lately boosted its marketing activities in Poland. This is one of the reasons why Poles see Pilsner Urquell as a prestigious brand of high-quality beer for modern people.

“Pilsner Urquell gives a chance to all existing and future fans of real beer”, writes the Polish daily Gazeta. The newly opened www.akademia.pilsner.pl , part of the main Pilsner Urquell Polish website, will guide all interested Poles through the art of serving and drinking beer of the Pilsner type, in such a way as only their southern neighbours have mastered. If a Polish barman wants to be sure that he or she taps the beer in the proper manner, all they have to do is to visit the web, and they will know the way.