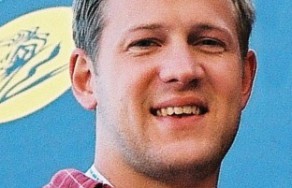 Mike Short, General Director of Plzensky Prazdroj:
“The domestic market is mature and opportunities for volume growth are limited. Our focus, therefore, has been and continues to be on increasing our share of premium segment sales. We have managed this well and I’m happy to report, for example, a growth of almost 3% in Pilsner Urquell sales volume despite the price increase that we were obliged to make in November to help to counter the dramatic increase in raw materials costs.

We have seen good growth in export volumes and have continued to support our sister companies in the SABMiller Group by ensuring supply of beers of the highest quality, as well as assisting in communicating our brands. We have now almost completed all our current major investment projects in the Plzen Brewery in support of our export sales, creating optimum conditions for further success in export activities.”

In 2007, domestic beer sales reached almost 8.2 million hectoliters, a growth of 0.5 %.  The good sales were influenced by excellent spring weather with March and April sales achieving record levels. Our strong brand portfolio is spearheaded by Gambrinus which maintained its position as No 1 brand in the Czech Republic. Our Radegast brand showed stable performance and established itself as Moravia’s market leader. Pilsner Urquell took advantage of the trend as the Czech consumers trade upwards. Velkopopovicky Kozel delivered an excellent performance and continued in the last year’s double-digit growth.

In total, Plzensky Prazdroj exported 846,000 hectoliters of beer (+7.7%), comprising 675,000 hectoliters of Pilsner Urquell (+4.5%) with the other brands, mainly Velkopopovický Kozel, making up the rest. Although off a relatively small base, the growth of Gambrinus export is also worth mentioning.

The reputation of a brand of Velkopopovicky Kozel abroad was further increased with the support of the SABMiller marketing campaign. In Finland the brand was advertised on TV for the first time.  Supported by the strictly controlled licensed production of this high quality traditional Czech beer, Velkopopovicky Kozel is the best sold Czech beer abroad.

Crucial for our export remain the markets in EU countries, such as Germany and Spain, also Scandinavia and the United States. In Germany, Pilsner Urquell is the imported beer market leader.