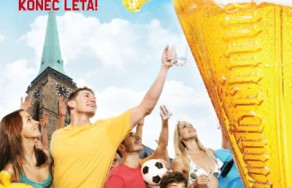 In the past two months, Prazdroj installed 16 new tank rooms.

Beer draught from tanks is becoming more and more popular. In the past five years, the consumption of beer from tanks has increased by more than a fifth while this year's average monthly volume of beer draught from tanks has been the highest in history.  The volume of draught beer accounts for approximately 10 per cent of all Plzeňský Prazdroj beer consumed in pubs and restaurants in the Czech Republic. The Plzeňský Prazdroj beer labels are available in more than 500 tank rooms throughout the country.

Beer consumption, including beer from tanks, experiences the steepest rise during the summer. This year's June saw an all-time high for tank beer consumed in the Czech Republic. The total volume of beer sold from Prazdroj tanks amounted to 31,000 hectolitres, i.e. 6.2 million beers of the Gambrinus, Pilsner Urquell, Radegast and Velkopopovický Kozel labels.

The number of pubs offering tank beer has been growing since 1995 when the first modern “tank room” was installed in the U Korbele pub in Pilsen. At present, 516 pubs draw tank beer from Plzeňský Prazdroj, Gambrinus being the most widely served (at 370 places).

Given the attention paid to quality and the huge interest in tank beer, Plzeňský Prazdroj decided to introduce also smaller 5-hectolitre vessels. Thus, this way of storing and drawing beer has been brought to pubs with smaller volumes. Each pub serving tank beer must empty a new tank within approximately a week or within three days from tapping. For other pubs, the traditional kegs, offered by Prazdroj in 50, 30 and 15-litre sizes, are recommended. Most importantly, draught beer must always be fresh – this is why small kegs containing thirty pints of beer are ideal for restaurants where beer is not the main drink.

Eighty per cent of all tank pubs have 10-hectolitre vessels. The remaining 20 per cent are equipped with 5-hectolitre tanks. Also, the pubs have different numbers of tanks. While approximately one-fifth of them operate three tanks, most pubs – almost 300 – are equipped with four tanks. “Interestingly, about 50 pubs in the country operate as many as six tanks. And Plzeňský dvůr in Brno holds the record of ten tanks,” says Tomáš Doležal, who is in charge of tank management at Plzeňský Prazdroj.

The installation of a tank room is financed by Plzeňský Prazdroj. The tanks, made of stainless steel, must be located in a special cooled room with temperature below 8°C.