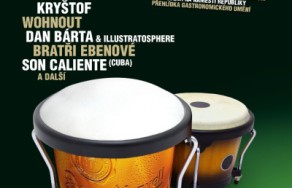 Representatives of Pilsen Waterworks today finally agreed to operate a water-pumping station to be built by Plzeňský Prazdroj through a joint investment with the City of Pilsen. In the event of an emergency, such as contamination of water resources or technical failure, the brewery would serve as a backup source of drinking water for the residents of Pilsen.

Last November the City of Pilsen and Plzeňský Prazdroj concluded a contract on drinking water supply in the event of an emergency such as contamination of water resources. The joint investment of five million Czech korunas, shared approximately half-and-half by both parties, was used to set up an automatic pressure station. Its construction began in November 2007 and was completed this April. “In normal operation, a total of six pumps with the overall capacity of 380 m3 per hour are run to supply water to the filling rooms for washing bottles and kegs. At any time, the station is ready for immediate use for emergency water supply of the city since the brewery ensures its regular maintenance and perfect technical condition,” says Vladimír Šťovíček, a water resource officer of Plzeňský Prazdroj.

So in the event of an emergency the station would be able to deliver more than 9,000 m3 of water per day in the town water mains. Such quantity of water would be sufficient for emergency supply of about 90 thousand people, i.e. approximately half of the city’s population. “The alternate source of water significantly increases safety in supplying the city with water in extreme situations. We hope that such condition will never occur. Nevertheless, we go to sleep with a better feeling when we know that there is an alternative,” says Peter Liška of the Pilsen Municipal Council.

When searching for an optimal solution at the time of accident, it is important to know what the problem is. Steps in dealing with the situation are determined by the crisis staff consisting of representatives of the city and also officials of the Public Health Station and the Waterworks. In emergency mode Pilsen Waterworks would have to find an optimal system of water distribution. Individual town water distribution branches would probably be supplied by turns in three circuits. In the case of short-term failure such solutions as distribution of drinking water to hydrants or through tanks or continued supply of drinking water with simultaneous suspension of hot water supply all come into consideration. It has been proven in practice that when supply of hot water, which is prepared by heating drinking water, is shut down, the consumption drops by about half.

What would have to happen to jeopardise water supply to Pilsen residents?
Pilsen Waterworks currently uses as its main source the surface water from the river Úhlava. Therefore, one of the causes could be contamination of this river. This is why the crisis scenario of supplying water from the brewery is appropriate: brewing water pumped from deep wells at Roudná is of better quality than water for babies and is used to brew Plzeňský Prazdroj beers. And such water would temporarily flow in the town water main in combination with purified water from the river Mže supplied by Plzeňská teplárenská company. “Pilsen Waterworks has never had to face such a problem so far. Even during the 2002 floods, there was no shortage of water supply,” adds Jan Kretek, head of the Drinking Water Department, Pilsen Waterworks.

Prazdroj cooperates with the City of Pilsen
In the spring, the representatives of Prazdroj and the City of Pilsen signed a crisis management agreement.
Part of the cooperation also involves support during natural disasters such as floods. Plzeňský Prazdroj is ready to provide the City with heavy handling equipment. In case of a threat the city could also use the storage facilities of Plzeňský Prazdroj.
A concrete manifestation of the contract was, for example, cooperation during the planned neo-Nazi march in Pilsen this spring. Another example of cooperation between the City and the brewery is also a declaration of cooperation in the development of tourism, which was signed by the brewery and the City officials this May.