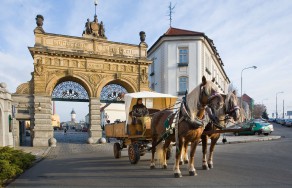 “This year, we will celebrate the 150th anniversary of the registration of the Pilsen Beer brand and the 50th anniversary of the foundation of the Brewery Museum. Tradition is a commitment that binds us to adhere not only to the recipe and the brewing process, but also to excellency in presenting the beer’s history. Our visitors receive not only an extraordinary experience, but also excellent service. Pilsen beer is exported to over 50 countries and the increasing number of visitors coming to see the place where the beer is made shows that the reputation of the Plzeňský Prazdroj Brewery is continuously improving,” says Jindřiška Eliášková of Plzeňský Prazdroj.

Visitors from Five Continents
With a 35% share of the total number, local visitors were the most numerous group that arrived at the brewery last year. Compared to the previous year, however, the number of Czech visitors remained stable, while there are more and more visitors coming from abroad, e.g., New Zealand (+214%), Africa (+90%), South America (+53%), Japan (+22%). The second largest group are Germans whose amount also grew year-on-year by 5%.  The third most numerous nationality is Russian.

No Barriers and a New Exhibit of Raw Materials Introduced in 2008
A range of innovations has been implemented during the past several years. In 2006, for example, the brewery tour was expanded with a stop at a state-of-the-art packaging line that Plzeňský Prazdroj had just put into operation. At the same time, Plzeňský Prazdroj opened a Hall of Fame to commemorate the extraordinary achievements and awards of Pilsen beer.

Last year, Plzeňský Prazdroj implemented several innovations. The brewery opened a new exhibit of those raw materials that, used together with the traditional brewing process from as early as 1842, make Pilsner Urquell so unique. What is more, visitors are carried to the new exhibit by the biggest personal elevator in the Czech Republic. The highlight of the brewery tour is the renovated brewing equipment of the 1930’s. In addition, the whole brewery tour has been adapted for wheelchairs. The brewery has been registered in the list of the European Route of Industrial Heritage, an innovation that should attract industrial architecture enthusiasts.

Brewery as the Plzeň City Community Centre
In addition to the brewery tour and permanent exhibits, the Plzeňský Prazdroj Brewery also offers other attractions, such as cultural and social events. Last year, it hosted the traditional Pilsner Fest event and a series of concerts called “Summer with Prazdroj”. Newly, the brewery organised the “Gambrinus Day”, an event held inside and also partly outside the brewery. One of the most significant social events was the welcome given in the upper brewery courtyard to the Pilsen native and Olympic medallist Kateřina Emmons after she arrived home from the Olympic Games in China.

Brewery Tour – Presentation of a Global Beer Legend
The brewery presents the heritage of brewing crafts along with the traditional Pilsner Urquell brewing process. Visitors receive information about the raw materials used to brew a premium pilsen lager. They find that the Plzeňský Prazdroj Brewery has always lead progress and innovation in brewing. Contemporary transportation and manufacturing methods have made this hard work easier. Nevertheless, the brewery has always strictly observed traditional recipes and processes, preserving the legacy of Josef Groll, the first brewmaster.