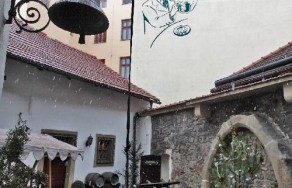 Promile INFO service informs drivers in particular about residual levels of alcohol in the blood. “We are expecting an increase in the usage of the INFO service, especially because the city traffic police plan to make alcohol breath tests a part of the routine check on the roads in the new year,” says Josef Šedivý from the SANANIM civic association. “Drivers should be aware that alcohol does not disappear from their blood after a couple of hours of sleep, especially not after extensive partying. A responsible approach to the issue should be dictated not only by tighter police regulations, but also by common sense. Use Promile INFO to calculate how much alcohol you can safely drink and be sober by the next morning. If you drive drunk, losing your driver’s license could be the least of your worries,” adds Josef Šedivý.

Do not listen to alco-myths
Most people know that drinking and driving is not an option. In spite of that, many people still believe in “proven recipes” to quickly get rid of a hangover and residual alcohol in your system, as well as other cultural myths. Dr. Jakub Minařík*, a senior doctor with the SANANIM association, discusses some of those myths:

IF I DO NOT FEEL DRUNK, IT IS SAFE FOR ME TO DRIVE
Most people caught driving under the influence of alcohol defend themselves by saying that they do not feel drunk. While they may feel sober, this does not change the fact that they are driving while under the influence. A positive alcohol breath test is often caused by residual alcohol, which people aren’t necessarily aware of after a wild night of partying.

DRINKING REGULARLY INCREASES TOLERANCE TO ALCOHOL
The idea that your alcohol tolerance increases with “training” is false. Your subjective feeling is one thing, but the objective indication of alcohol per mill in blood is another. Your alcohol tolerance can increase with age or frequent consumption, so that you are “more resistant,” but regardless of your tolerance, the amount of alcohol in your blood after drinking remains the same.

I CAN DRIVE SAFELY AFTER HAVING A BEER OR TWO. IT HAS NO INFLUENCE ON ME
(If I avoid high-percentage alcohol, I can drive without problems. A beer is no issue for me.) Alcohol remains alcohol.  Since the alcohol in beer is the same as the alcohol in, say, whisky, the beverage you choose does not factor into your blood alcohol level.  After consuming an alcoholic beverage, your brain activity drops within a few minutes, which negatively impacts your ability to drive. You start to focus on the process of driving itself, and lose your visual control of what is happening on the street – such as a child crossing the street.

THE BREATH TESTER CAN BE FOOLED
It cannot be fooled. In spite of an increasing number of tricks that (not only Czech) drivers employ to fool breath testers – and some of them sound reasonable at first – a good tester cannot be fooled. Not by a mint under your tongue, licking alkaline batteries, or a lengthy exhale.

I KNOW HOW TO GET SOBER QUICKLY AND EFFECTIVELY
“All I need to get sober is a cold shower, a cup of coffee and an open window in the car.” Although these methods may refresh you to a certain degree, or reduce your hangover on the day after, they do not affect the level of alcohol in your body. The supposedly miraculous effects of citrus beverages is also a myth – while they do help to reduce alcohol in your system, no one has ever sobered by drinking a container of juice.

In 2009, Pilsner Urquell launched the webpage www.napivosrozumem.cz, which informs the public about the effects of alcohol on the human body.
Pilsner Urquell is the only beer-brewing company in the Czech Republic that places an appeal on its webpage, as well as on marketing and promotional materials, calling for responsible beer consumption. Pilsner Urquell is also a member of the Initiative of Responsible Breweries.

Pilsner Urquell Ltd. is a member of the global group SABMiller plc, one of the largest beer producers in the world. With a total quantity of 10.7 million hectolitres (235.4 million gallons) sold in 2008 – including licensed production abroad – and exports to over 50 countries world-wide, Pilsner Urquell Ltd. is the leading beer producer in the region and the biggest exporter of Czech beer.

How to use the service via mobile phone?

*Dr. Jakub Minařík is the leading doctor of the SANANIM civic association. He is also a psychiatrist and the managing medical officer of the specialized ambulance service centre CADAS, one of SANANIM’s main programmes. He is a lecturer in the field of drug addiction at the Psychiatric Clinic of the 1st Medical Faculty at the Charles University in Prague.