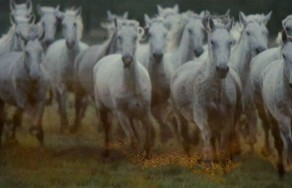 “Radegast carrier from Olomouc is a unique competition for real men, which promises great adventures. Fans of untraditional challenges and of truly bitter beer will measure their strengths in a competition which will require them to surpass their physical and mental boundaries, and to sacrifice themselves for others,” explained Radegast brand manager Pavel Kmínek. “Every team that reaches the finish in a winner, no matter on where they place.”

Each team that successfully transports their load to the finish line at the Olomouc Zoo on Svatém kopečku will receive a well-deserved prize of 60 Radegast beers, and a profound send of accomplishment. The team that reaches the finish in the fastest time will enjoy four 30-litre kegs of Radegast beer.

HC Olomouc will send defense man Jakub Barton and offense man Tomáš Zbořil. “We have been rigorously preparing for the new season and, as part of our hard work, during the summer we wanted to test our preparedness in the competition of carriers. It is a nice challenge, which we gladly accepted,” Zbořil said.

Throughout the course of the event, fans will be entertained by a fun programme consisting of carriers, jumping boots, keg lifting, trapeze acrobats and archery. Of course, there will be plenty of good food and correctly-chilled Radegast there as well.

Radegast carrier from Olomouc is part of a series of carrier competitions, which are gaining popularity. “In Ostravice, on July 26th, we hosted the second annual Radegast carrier from Beskydy,” said Pavel Kmínek. “We had a record number of visitors, and competitors made record times. Due to extreme interest, we decided to organise another competition this year, on July 31st in Luková by Zlín.”