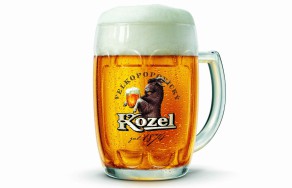 „A large decrease in exports is the result of the continuing recession, and it is noticeable in beer drinkers’ limited consumption abroad. We are pleased that beer drinkers abroad did not stop appreciating Kozel’s quality, even in these times,“ says Jaroslav Hacko, Manager of the Velké Popovice brewery.

Last year Velkopopovický Kozel exported 67,470 hectoliters of beer, representing an increase of 15,018 hectoliters in comparison with 2009. In 2010, Kozel was exported to 27 countries around the world, including new export destinations Montenegro and South Korea. Traditionally, the largest importer of Kozel is Finland, where last year more than 29,070 hectoliters of Kozel were sold, making up 43% of total exported Kozel beer.