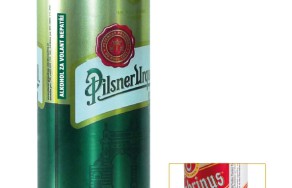 In Czech Republic, the auditors found irregularity in only one of 100 commercial announcements of Plzeňský Prazdroj. During the review of 259 types of packaging, only seven beer labels of Plzeňský Prazdroj did not fully comply with the pledge. Nearly 40% of respondents in Czech Republic mentioned that they registered the responsibility announcements, and they were also able to spontaneously recall at least one of them. The percentage of familiarity of the announcements of responsibility during answering the guiding questions was much higher (86%). „We are very serious about the advertising of responsible consumption of alcohol. The results of the independent audit clearly show that we provide the consumers with logical information about the principles of responsible consumption. We wish for our consumers to enjoy our products responsibly. Beer is a low alcohol–level beverage that came to life to make people’s lives more pleasurable and is not to be misused,“ Drahomíra Mandíková, Director of Communication and Internal Relations of Plzeňský Prazdroj said.

The monitoring also uncovered slight irregularities in the publicising of the responsibility announcements; some of them used in printed materials were not printed in a sufficiently contrasting print. In recent times, SABMiller Comp. has worked on clear definition of the rules governing the application of the pledge using the printed media.

More About The Responsibility Announcements of Plzeňský Prazdroj

Since the beginning of 2009, on Plzeňský Prazdroj beer labels, in all TV spots, and in all its communication, Plzeňský Prazdroj mentions the link to the website www.napivosrozumem.cz where the visitors may learn about impact of alcohol on the health of a  human organism, and also how to enjoy it responsibly.

Since April 2011, Plzeňský Prazdroj has also placed the announcement „ALCOHOL DOES NOT BELONG BEHIND THE WHEEL“ on all its alcoholic products, and into its entire commercial communication. It is an entirely voluntary initiative of the company that is not required by the law. The announcement is seen on nearly 240 million packaging materials, and 35 million coasters every year. In TV spots, Prazdroj dedicates 5% of the space and 10% of the time to such announcements. The announcement is also translated accordingly to a destination of exported beer. In 2012, Plzeňský Prazdroj has paid attention to including the information directed to pregnant women, and prevention of underage consumption of alcoholic beverages.

The responsibility announcements on beer labels are only one of the many ways Prazdroj acts as a responsible beer producer. For example, in the internal rules of marketing communication it states that all actors in its TV spots must appear to be at least 25 years of age, and they in fact also must be at least that age. Prazdroj publicises its beer advertisements in media during the programmes or during the events with target groups made of at least 70% adults. Plzeňský Prazdroj is a founding member of the Initiative of Responsible Breweries (IZP) that sets the rules for advertising self-regulation for beer producers, and is active in organising awareness–raising campaigns. For a long time now, the company itself has also supported the unique service Promile.INFO, which informs drivers about approximate levels of residual blood alcohol using SMS texts, wap, or the internet.

*The evaluation of the compliance of the pledge was conducted in the second half of the year of 2011. It was conducted by third, independent parties (Ebiquity and KPMG companies) using the selected sample of the most significant European markets of SABMiller company: Czech Republic, Hungary, Italy, Netherlands, Poland, Romania, Slovakia, Spain (Canary Islands), and Great Britain. The report is the reaction to the voluntary pledge of SABMiller to create responsible announcements concerned with the three key areas: underage alcoholic consumption, consumption during pregnancy, and driving under influence.