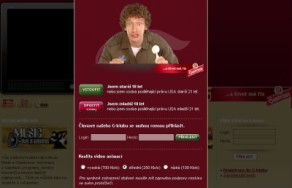 Two thirds of us are proud of the Czech beer culture

According to a survey by AISA Agency 99% of Czechs consider beer a natural part of the Czech culture. There is a strong tendency to prefer the culture of beer drinking to its quantity. Although the number of Czech pubs and restaurants has risen by 75% to approximately 35 thousand in the past ten years, the volume of beer that is drunk in this country is not increasing and amounts to about 160 liters per capita. Guests are increasingly starting to prefer restaurants and pubs that offer attractive interior design, quality ventilation and beer that is well cared for. Beer drinking is shifting from drinking large amounts of the beverage by a small number of consumers to a widespread ritual. The survey was conducted based on the order of Plzensky Prazdroj, which has been concerned with the phenomenon of beer culture and its cultivation for a long time now.

As many as 99% of the respondents have confirmed that beer is a natural part of the Czech culture. Eighty-five per cent of the people who took part in the poll agreed with a statement that beer culture is one of the everlasting Czech values (“was true, is true and will be true”). Sixty-eight per cent of the people claimed that the Czech beer culture is something we can be proud of.

The survey also focussed on the respondents' perception as to which beer brands best correspond with the traditional beer culture and further improve it. Seventy-seven per cent of the respondents said that Pilsner Urquell best cares for the betterment of the Czech beer culture. Gambrinus took the second place with 61%, while Budvar finished third with 39% of the votes. Eighty-five per cent of the respondents agreed that the company Plzeňský Prazdroj with its activities strengthens the perception of beer as a natural part of Czech culture.

We are aware of the fact that both in the Czech Republic and abroad Plzensky Prazdroj is considered to be the main bearer of Czech beer culture. For the first time in history this has actually been proved by statistical data. The result of the survey's findings is our commitment to actively care for the cultivation of Czech beer culture in cooperation with restaurant keepers, professional associations and, naturally, beer lovers themselves.”, said Vaclav Berka, Plzeňský Prazdroj's Senior Trade Brewmaster.

Plzensky Prazdroj supports its long-term intention of the development of the Czech beer culture with domestic as well as foreign educational programs (for so called beer connoisseurs and beer missionaries) dedicated to the production and proper treatment of Czech-style beers. The emphasis is placed on maintaining high quality standards not only in the production process, but primarily during the beer's distribution and sale: new 5hl tanks for restaurants, 15-liter kegs, programs aiming at sanitisation and certification of pubs, the concept of Pilsner Urquell Original Restaurant, original glasses for draught beer, stylish draught beer towers and other equipment for pubs.

The environment and conditions for beer drinking are improving: the average beer consumption in the Czech Republic has been rather stable for more than 30 years with 158-165 liters per inhabitant. Consumers are increasingly concerned with the conditions for beer drinking – in what environment and how well-treated they drink their beer. In comparison with the situation not so long ago, when beer was mostly drunk in low-end pubs with cheap Formica-top tables, the current beer drinking culture is slowly returning to the style and character of the 19th and the beginning of the 20th century.

“Beer drinking is undergoing a substantial change. Breweries promote responsible consumption, put emphasis on moderate drinking, support restaurants and pubs in their efforts to improve their environment and treatment of the beer, for example by regular sanitation. At the same time consumers more and more often choose to drink their beer in places with a more attractive interior, knowing the beer is well taken care of. Beer drinking is thus shifting from drinking large amounts of the beverage by a small number of consumers to a widespread ritual,” Vaclav Berka adds.

Other surveys by Plzensky Prazdroj have shown that if a pub aspires to high attendance, attention must be paid to quality ventilation, which will prevent smells from the kitchen and cigarette smoke from spoiling the atmosphere. Unlike in case of other criteria, the demand for high-quality ventilation was voiced by visitors of all categories of restaurants, from the lowest-end beerhouses to first-class restaurants and clubs. Another feature that meets customer's appreciation is providing clean tablecloths and keeping the restrooms sanitary.