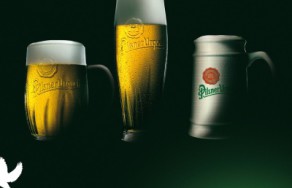 A new consumer contest is also being launched, 10 winners will visit the Olympic Games

The Pilsner Urquell Brand, one of the main sponsors of the Czech Olympic Team, is launching a new Olympic campaign on 7 July, 2008. The main protagonist of the TV spot is one of the best Czech athletes of all times, the four-time Olympic winner, Emil Zatopek. The TV campaign will be accompanied by billboards, printed media ads and Internet banners. Consumers will be able to compete for 10 trips to the Olympic Games in China. Dana Zatopkova also cooperated in making the Olympic campaign.

“We openly profess Olympic values and Olympic ideals. For seven years already we have been supporting our athletes in their training and helping them to represent the Czech Republic all around the world, just like our brand. Our Olympic campaign is in keeping with our motto – “The true riches are hidden inside” – we want to support the most important thing in the Olympic Game – the set of true values and fair play. The most obvious protagonist of these values was the phenomenal runner Emil Zatopek, who is the central character of the TV spot. We are very happy that his wife, Dana Zatopkova, also cooperated with us,” says Karel Kraus, Pilsner Urquell Brand Manager.

“I have to admit that at the beginning I was worried that it may not come out well. I almost could not sleep. But I am very happy with the result and personally I like the ad very much. I hope viewers who used to like Emil will like it too,” adds Dana Zatopkova.

The winners will see the Olympic Games – the competition is starting just now!
If you want to see the Olympic Games in China in person, you will need to participate in the Pilsner Urquell consumer competition, which is just starting and will be going on until 3 August. After sending in the codes from five bottle caps, consumers can participate in a trivia contest and win one of the 10 trips to the Olympic Games or one of the 13,000 prizes from the Pilsner Urquell Olympic attire collection. A unique once-in-a-lifetime experience is awaiting the winners – thanks to accommodation in the Czech Olympic house they will be right in the centre of the action and will be able to experience the true Olympic atmosphere! The great prize also includes transportation, accommodation, tickets for events and other trips. You can find detailed rules for the competition at www.pilsner-urquell.cz.

The Olympic campaign also contains the above-mentioned TV spot, which will be aired on the Czech TV for the first time on 7 July at 8 p.m. at CT1 and then will be aired at all domestic TV stations (Czech Television, Nova and Prima). Besides the TV spot, billboards, printed media ads and Internet banners will also be used. The entire campaign will run until the end of August.