Beer is one of the cultural phenomena of the Czech Republic.

It offers people an opportunity to get together. Pubs in both villages and towns have always been places where people meet regardless of their income or education. Beer consumption, however, must be moderate. This is why we have been developing a wide range of activities tackling problems like underage drinking and drink-driving.

We do not want people to drink more, we want them to drink better. 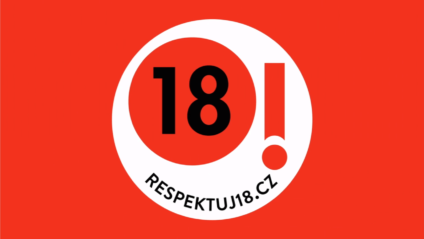 Respektuj 18 (Respect 18) is our flagship project. It started in 2013 in cooperation with the Drug Prevention and Therapy Centre and with the support of the City of Pilsen. Our effort is to diminish the tolerant attitude of adults towards underage drinking. In 2018, we reinforced and further developed partnerships with non-profit organisations and state administration. Today the project has eight partners from the non-profit sector (Drug Prevention and Therapy Centre and Podané ruce – Helping Hand), municipalities, and regions (Pilsen Regional Authority, City of Pilsen, Moravian-Silesian Regional Authority, City of Ostrava, and Prague Districts 13 and 14). We have also expanded into Slovakia. In the near future we would like to launch cooperation with trainers who work not only with children but also with parents.

The emphasis is on public events, during which we proactively address the broadest possible range of people. Last year, we prepared an entertaining campaign on social media called “Nonsense of Fathers and Mothers”. Next year, we are preparing to launch the campaign in selected open-air cinemas.

Every consumer has the right to know what they are consuming, both in terms of the alcohol content and the composition and nutritional values of the product they are buying. Although Czech legislation is quite strict in this respect, you will not find this information on every bottle of beer or wine, as alcoholic beverages are exempt from most of these obligations.

We, however, decided several years ago – the first brewery in the Czech Republic to do so – to publish complete information about all of our products. Thus, today you can find the contents, caloric values and nutrition facts of all our products online at www.napivosrozumem.cz. At the same time, we are gradually publishing selected nutritional facts on our packaging (especially the product’s caloric value).

Drinking beer sensibly:
(not only) your smartphone may have your back 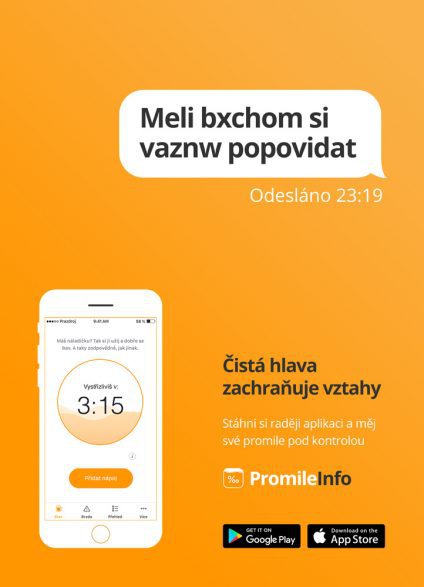 Everybody says the following morning, “I wish I had stopped drinking earlier.”  And yet there is a smartphone application which can monitor your alcohol consumption.  One such app that has become a well-known service is ‘PROMILE Info’, which can be found on the website  www.napivosrozumem.cz.

Both the website and the app were developed in cooperation with the anti-drug centre SANANIM and both already have a following. In 2017, the application was considerably upgraded to meet the expectations of modern consumers for online assistance, and towards the end of 2018 it had been downloaded by nearly ten thousand people.  The so-called ‘alculator’, using information about time and the number of drinks consumed, calculates the alcohol content in the bloodstream and the rate of alcohol metabolization. Based on the parameters entered, this mobile app is even capable of letting the user know when to stop drinking, if, for example, they plan on getting behind the steering wheel the following morning. The website also serves as an on-line advisory centre. People can turn to experts with questions about what to do when one of their loved ones starts having a problem with alcohol, etc. It also offers a test on the user’s relationship to alcohol and a lot of other information.

To date, our comprehensive campaign has managed to address nearly 1.5 million people.

In addition to the above-mentioned activities, we have established a tradition of providing chill-out zones called K-lee-deck at major summer music festivals in the country.  There, visitors can have the amount of alcohol in their system measured and get practical information on its effects on the body, or they can just relax for a moment from the festival rush and give their body and mind some rest.

Few people have any idea how strict the rules are for those at Plzeňský Prazdroj who are in charge of creating advertising for our products.  The following is a selection of the main rules which form our Code of Commercial Communication:

We restrict the of
our advertisements
to young people

Our advertisements
only feature persons
over the age of 25

We monitor the broadcasting
time of our advertisements

We do not promote opportunities for the excessive consumption of alcohol

We require user age
confirmation to
enter our website

We follow the rule: ¾ of
the viewers watching our
advertisements must be adult

Respecting these principles should, first of all, protect young people. Unlike some other people, we do not want to tell them: “Have a beer, it’ll be cool!” Compliance with the Code of Commercial Communication is monitored by our internal Responsibility Committee, which reviews each and every advertisement, flyer or sponsorship proposal before they are released. Committee members are representatives of Plzeňský Prazdroj’s top management and it is chaired by the executive director of the Advertising Council.

In 2018, the Advertising Council received no complaints from the public regarding Plzeňský Prazdroj’s advertising. However, we received notice of an improper advertisement in retail shops from another beer maker. We responded to the notice and rewrote the advertisement. Yes, we monitor each other, as responsible marketing is important for all brewers.

Every Plzeňský Prazdroj employee must complete responsible drinking training, part of which is the so-called ABC of Alcohol and Alcohol IQ. The company also offers help to those who may have actual problems with alcohol.

All of our packaging includes one of the following warning messages:

With the aim of preventing alcohol abuse and excessive and irresponsible consumption, we actively cooperate with other organisations, especially the Czech Brewers and Maltsters Association (ČSPS), on the following projects:

Člověče, nezlob se” (Don’t Get Angry, Man”)
Teaches vendors how to reject selling alcohol to minors.  Over 12,000 supermarket chain employees have taken the course so far.

“I’m having alcohol-free beer ‘cause I’m driving”
This activity addresses drivers.  Plzeňský Prazdroj donates its Birell non-alcoholic beer to those who have no alcohol in their system when checked by the police.

We also abide by the Ethical Code of Responsible Brewers, observance of which is mutually controlled by members of the Social Responsibility of Breweries workforce recruited from within the member companies.

Our responsible drinking activities have collectively reached over 30 million people, and 2.8 million were involved in our projects. This is nearly 70% more than in 2017.